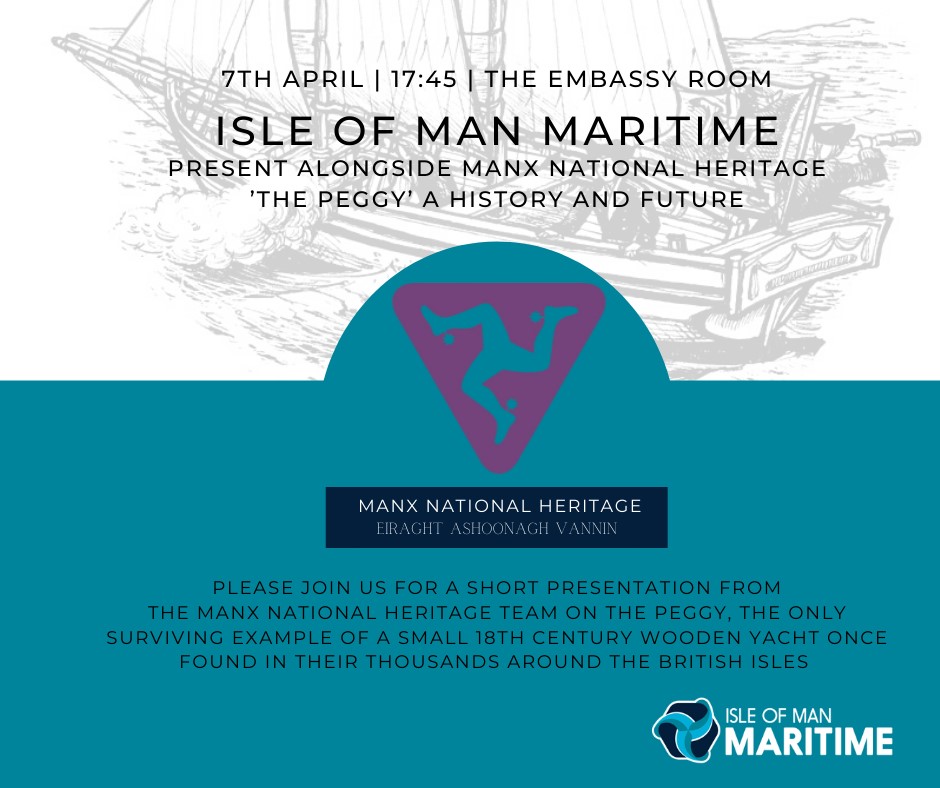 We are delighted to invite our members and their staff to the Embassy Rooms for an evening of maritime history as we listen to a fascinating talk about the Peggy from the Manx National Heritage team.

An armed yacht that was built in 1789 for George Quayle MHK (1751–1835), a prominent politician and banker in the Isle of Man, The Peggy is the oldest surviving Manx craft and one of only a few surviving vessels that were built in the 18th century.

A story of two parts, one of the past and one of the future – this is an event not to be missed.

RSVP to gm@maritime.im to reserve your place.