The 12th  Annual Ship Registry Charity Golf Day will go down in history as one of the most fiercely contested, with four teams coming within a point of claiming the famous ship’s decanter trophy.

While the accounts for the day are still being counted, the final sum raised is expected to around £1,500 and will be donated to the King George V Fund for Sailors. Together with the Isle of Man Ship Registry, we would like to thank all of the participants of this year’s competition, to Minister Skelly for presenting the prizes and to our generous sponsors: MX Bulk, Shoprite, Thomas Miller, Knox House Marine & Aviation, Digital Man Photography, Titleist, Paula’s Kitchen, Dohle (Isle of Man), Bernhard Schulte Shipmanagement, PDMS, Peel Golf Club and Rowany Golf Club.

Held in conjunction with Isle of Man Maritime, the event took place at Rowany golf course. The conditions were difficult at first with the opening stages of the event being blighted by rain, which mercifully gave way to drier conditions later in the day while the greens remained receptive.

It was Bruce Anchor (pictured) who came out on top of the pile on 89 points, with a strong performance from Wayne Lisy (38 points) that included birdies on the 8th and 17th. His scoring was well supported by Steve Broadbent who made 37 points. 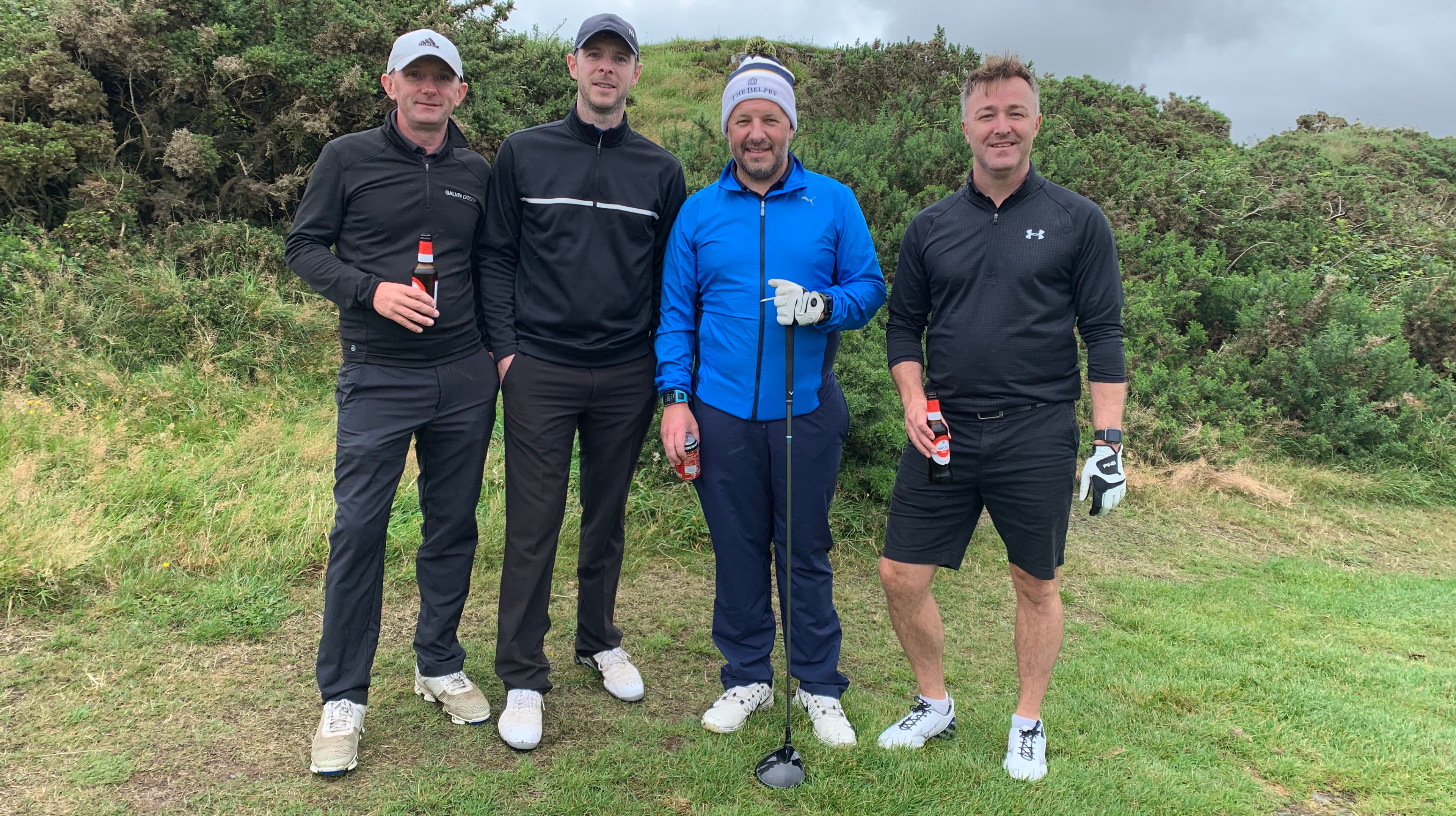 A three-way tie for second could only be broken by countback and it was Simcocks Advocates (88 points) who clinched second place by the barest of margins. Amongst a strong team performance, Stevie Meehan was the stand out player with 35 points, ensuring that the 2019 champions added further silverware to their collection.

Isle of Man Ship Registry 1 (88 points) broke a long trophy drought by claiming the final podium place in third. The highlight of their day was an 8-point haul on the 1st where Gustav Modin and Paul Grace both made birdie. Laurence Skelly top scored for IOMSR 1 with 37 points.

7C Shipping (88 points) were the unfortunate party to lose out on a top-3 finish on countback. However they will console themselves with Simon Harding’s victory in the individual competition. Simon accumulated an impressive 39 points which included a birdie on the 15th, pipping Wayne Lisy to the trophy by a single point.

In the team event, competition was close all the way down the leaderboard with the top-10 covered by just 9 points leaving a host of teams to ponder what might have been. The full results sheet can be viewed here and a photo album here.